As a child, I was always convinced, that only closed up kitchens exist in traditional houses and flats, including one window or doors to the back garden etc. But all of these entrances lead to the exterior area. These days, many other ways out can be found. Remember if you have the budget and a big enough/proportional house then it is well worth creating a more functional, unique and modern design. 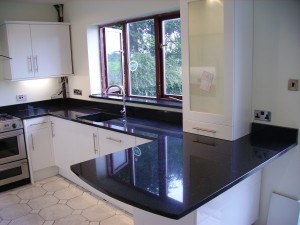 According to some developers it is a good idea to make the kitchen big. Bear in mind that it will be the focus of the entire house. I guarantee you will spend there more time than in your own bedroom. If this isn’t possible make it seem large, let the light enter! Therefore making as many windows is great, huge French doors, anything that could open the kitchen up to the sunshine. Another option is to have the living room joined with the kitchen, thus creating a united and a fashionable design, certainly something that isn’t popular amongst the British housing.

For example, I was at my friend’s house not so long ago, overall his house is pretty petite, however his kitchen provided the complete, opposite impression, and it seemed huge! Against one wall there was a standing cabinet with a comfortable work space between the sink and hob. On the second wall many appliances were placed, such as fridge, oven and microwave, as well as a sequence of upper and lower cabinets. Between them, instead of the traditional hooks and hangers, a wall system was installed – this includes a chipboard panel with integrated aluminium rail where you can easily hang hooks, shelves and handles. Everything opened up to a small living room, and instantly, the area turned into something that clearly didn’t belong in the tiny house, it was like entering Narnia!

Not everyone likes this alternative modern kitchen layout… 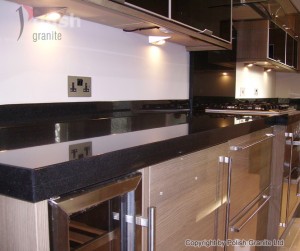 When we arrange such a modern kitchen design, we should really consider it first, of course whether such a solution will really appeal to us. Another group of people I visited had an open kitchen, exposed to sunlight and had it joined with a living room. But they weren’t happy with it and would certainly prefer a closed off kitchen. Though not entirely, as they looked for a design that could have the kitchen open up at the same time, so in a simple term, two-in-one. For example when the visitors come round, they could easily open it up, and still have clear contact with the visitors whilst cooking the food, this is what they looked for. What the designers therefore created were huge glass doors which separated the kitchen from the living room. They were double doors, installed along the side of both walls.

You see, not everyone likes opened kitchens – There are many reasons for this, one could include the smell of cooking that can often spread around the entire house, perhaps another reason is the privacy issue… So the designers tried and do more in order to leave the traditional British style and keep the kitchen closed off, or at least partially closed off.